Clinical Significance Of Vitamins and Other Test

Vitamin A or Retinol plays important role in the function retinal vision, growth, reproduction, embryonic development as well as in immune function. Vitamin A is also required for adaptive immunity and plays a role in the development of both T- helper cells and B-cells. Retinol and its metabolites and synthetic retinoids provide protective effects against the development of certain types of cancer by blocking tumor promotion, by inhibiting proliferation, by inducing apoptosis, by inducing differentiation or by performing combination of these actions. Fat malabsorption, particularly caused by celiac disease or chronic pancreatitis and protein -energy malnutrition predisposes to vitamin A deficiency. Clinical features of vitamin A deficiency include degenerative changes in eyes and skin and poor dark adaptation or night blindness. Vitamin A deficiency impairs innate immunity by impeding normal regeneration of mucosal barriers damaged by infection and by diminishing the function of neutrophils, macrophages, and natural killer cells. Toxic effects of hypervitaminosis A have occurred because of ingestion of excess vitamin or as a side effect of inappropriate therapy. Symptoms of acute toxicity from single massive dose present as abdominal pain, nausea, vomiting, severe headache, dizziness, sluggishness and irritability. Chronic toxicity shows symptoms like bone, join pain, hair loss, dryness and fissures of the lips, anorexia, benign intracranial hypertension, weight loss an hepatomegaly. 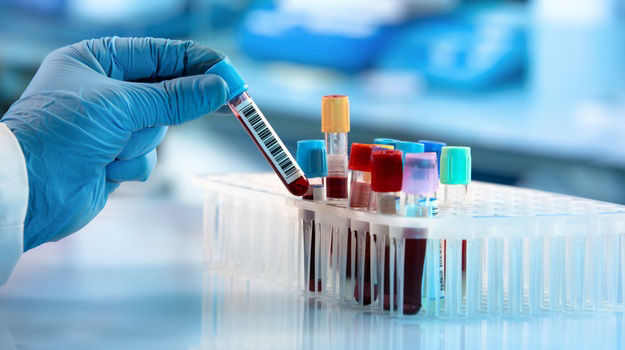 Vitamin E or Alpha-tocopherol (body’s main form of vitamin) function as antioxidant which protects vitamin A, C and red blood cells from oxidative damage caused by free radicals. It has been recognized as necessary for neurologic and reproductive functions, for prevention of retinopathy in premature infants. Alpha-tocopherol also induces inhibition of cell proliferation, platelet aggregation, and monocyte adhesion, which are thought to be the results of direct interaction of alpha-tocopherol with cell components. Alpha-tocopherol reduces inflammatory mediator production. Premature and low birth weight infants are particularly susceptible to development of vitamin E deficiency because placental transfer is poor, and infants have such limited adipose tissue where much of the vitamins is normally stored. Signs of deficiency include irritability, edema, and hemolytic anemia. Although symptoms of vitamin E deficiency are rare in children and adults, deficiency can occur in some conditions. Excess vitamin E intake usually is achieved only by dietary supplementation. A comprehensive review of tolerance and safety of vitamin E suggested that intakes up to 3000mg/d were safe and reversible side effects of gastrointestinal symptoms, increased creatin Uria, and impairment of blood coagulation are seen at intakes of 1000-3000 mg/d. However as noted earlier, long term use of intakes greater than 400mg/d may cause increased mortality.

Vitamin K assay measures the principal form of vitamin K i.e. K1: Phylloquinone which found predominantly in green leafy vegetables, margarines and plant oils. Vitamin K promotes clotting of the blood, is required for the conversion of several clotting factors and prothrombin, and is of growing interest in bone metabolism. Vitamin K plays important role in the deposition of ionic calcium needed for proper blood coagulation and bone formation. Although vitamin K deficiency in the adults is uncommon, the risk is increased for fat malabsorption states such as bile duct obstruction, cystic fibrosis, chronic pancreatitis, and liver disease. Risk also increased by the use of drugs that interfere with vitamin K metabolism, such as warfarin, cephalosporin. Defective blood coagulation and demonstration of abnormal monocarboxylate prothrombin are at present the only well-established signs of vitamin K deficiency. The use of high doses of naturally occurring vitamin K (K1 and K2) appears to have no untoward effect; however, menadione(K3) treatment can lead to formation of erythrocyte cytoplasmic inclusions known as Heinz bodies and hemolytic anemia. With severe hemolysis, increase bilirubin formation and undeveloped capacity for its conjugation may produce kernicterus in the newborn.

Alpha-1-antitrypsin (AAT) is a serine protease inhibitor and the third most abundant protein in circulation. AAT levels can increase 3 to 5 folds in states of systemic inflammation or infection. Increased levels are also seen in Covid-19 patients. Usually, the increase in AAT is directly proportional to the increase in IL6, supporting an anti inflammatory function. It is also considered that patients with Alpha-1-antitrypsin deficiency (AATD) might be at increased risk of SARS-CoV-2 infection and development of severe COVID-19. Alpha-1 antitrypsin (AAT) deficiency can cause various medical complications of the lungs, liver, and skin, including COPD, emphysema, chronic bronchitis, cirrhosis of the liver and other side effects of the excess enzyme.

Anti-Cyclic-Citrullinated-Peptide (Anti-CCP) Antibodies hold promise for early and more accurate detection of Rheumatoid Arthritis before the disease proceeds into an irreversible damage.

Cystatin c, is a small 13-kda protein and is a member of the cysteine proteinase inhibitor family, it is produced at a constant rate by all nucleated cells. Due to its small size it is freely filtered by the glomerulus and is not secreted but is fully reabsorbed and broken down by the renal tubules. This means that the primary determinate of blood Cystatin c levels is the rate at which it is filtered at the glomerulus making it an excellent gfr marker. Cystatin c is also a marker of inflammation and like many other markers of inflammation; its serum concentration may be higher in patients with decreased renal clearance. There is mounting evidence, however, that Cystatin c may be a predictor of adverse outcomes independent of renal function with its higher sensitivity to detect a reduced GFR than Creatinine determination, also in the so-called “Creatinine-blind” range. Thus, Cystatin c is suggested to be a better marker for GFR than the ubiquitous serum Creatinine.

High sensitivity C-reactive protein, when used in conjunction with other clinical laboratory evaluation of acute coronary syndromes, may be useful as an independent marker of prognosis for recurrent events, in patients with stable coronary disease or acute coronary syndromes. hsCRP levels should not be substituted for assessment of traditional cardiovascular risk factors. Patients with persistently unexplained, marked evaluation of hsCRP after repeated testing should be evaluated for non - cardiovascular etiologies

Clinical significance: hsCRP measurements may be used as an independent risk marker for the identification of individuals at risk for future cardiovascular disease. Elevated CRP values may be indicative of prognosis of individuals with acute coronary syndromes, and may be useful in the management of such individuals.

Type I (Insulin dependent: "Juvenile") diabetes is due to a destruction of the beta cells, with a consequence of absolute lack of insulin. In type II (Non insulin-dependent: “Maturity onset”) diabetes, insulin resistance may play an important role; However after several years of evolution, beta-cells failure may occur, leading to a relative insulinopenia requiring, in some cases, insulin administration. Insulin resistance is associated with high circulation levels of the hormone. For diagnostic purpose, results should always be assessed in conjunction with the patient’s medical history, clinical examination and other findings.

Determination of LPA may be useful to guide management of individuals with a family history of CHD or with existing disease. The levels of LPA in the blood depends on genetic factors; The range of variation in a population is relatively large and hence for diagnostic purpose, results should always be assessed in conjunction with the patient’s medical history, clinical examination and other findings.

Lp-PLA2 is a specific marker of vascular inflammation and found to be upregulated in atherosclerotic lesions especially in complex plaque prone to rupture. A meta-analysis found that Lp-PLA2 levels are positively correlated with increased risk of developing coronary heart disease and stroke. Lp-PLA2 is not an acute phase reactant and thus is unaffected by systemic inflammatory processes.

Lp-PLA2 activity should be interpreted in conjunction with clinical evaluation and other risk factor assessment.

Interpretation: Lipemic Sera (Hypertriglyceridemia) may contain inhibitors, which falsely depress results. About 20% of patients with Acute Pancreatitis have abnormal lipids. Normal serum amylase may occur in Pancreatitis, especially relapsing and chronic pancreatitis. Moderate increases may be reported in normal pregnancy.

For diagnostic purposes, the results should always be assessed in conjunction with the patient’s medical history, clinical examination and other findings like serum amylase. Serum Lipase is usually normal in patients with elevated serum amylase, having peptic ulcer, salivary adenitis, inflammatory bowel disease, intestinal obstruction, and macroamylasemia. Lipemic sera may interfere with results.

The normal serum creatinine reference interval does not necessarily reflect a normal GFR for a patient. Because mild and moderate kidney injury is poorly inferred from serum creatinine alone. Thus, it is recommended for clinical laboratories to routinely estimate glomerular filtration rate (eGFR), a “gold standard” measurement for assessment of renal function, and report the value when serum creatinine is measured for patients 18 and older, when appropriate and feasible. It cannot be measured easily in clinical practice, instead, GFR is estimated from equations using serum creatinine, age, race and sex. This provides easy to interpret information for the doctor and patient on the degree of renal impairment since it approximately equates to the percentage of kidney function remaining. Application of CKD-EPI equation together with the other diagnostic tools in renal medicine will further improve the detection and management of patients with CKD.